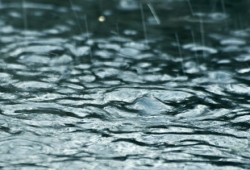 Scientists are observing changes in the Earth's climate in every region and across the whole climate system, according to the latest Intergovernmental Panel on Climate Change (IPCC) Report, released today. Many of the changes observed in the climate are unprecedented in thousands, if not hundreds of thousands of years, and some of the changes already set in motion -- such as continued sea level rise -- are irreversible over hundreds to thousands of years.

However, strong and sustained reductions in emissions of carbon dioxide (CO2) and other greenhouse gases would limit climate change. While benefits for air quality would come quickly, it could take 20-30 years to see global temperatures stabilize, according to the IPCC Working Group I report, Climate Change 2021: the Physical Science Basis, approved on Friday by 195 member governments of the IPCC, through a virtual approval session that was held over two weeks starting on July 26.

The Working Group I report is the first instalment of the IPCC's Sixth Assessment Report (AR6), which will be completed in 2022.

Algae - an alternative to plastic

A French think tank called Atelier Luma is investigating whether treated algae can be used an an alternative material to plastic. It showed off the technology at the World Economic Forum 2020 summit in Davos, Switzerland. Follow this link to find out more about the studies into... Read More»

As the demand for housing increases and land becomes a scarcer commodity, more and more people are embracing alternative ways of living – and that's where this innovative solution comes in. With 71% of the Earth covered in water, these nifty floating homes show that you don't need solid ground to create a truly spectacular place to live. Click or scroll to take... Read More»