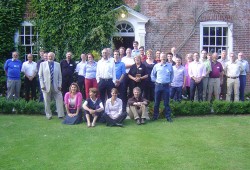 The first Going Dutch workshop (Going Dutch I) led to the formation of the MPP and outlined several ‘blue sky’ options for the future of the area, helping the community to understand the complexities and costs of coastal defence and spatial planning as well as helping local authorities and agencies appreciate the concerns and wishes of residents.

In June 2008, in response to the Draft East Head to Pagham Harbour coastal defence strategy (CDS) prepared by the Environment Agency and Chichester District Council, the MPP organised a second workshop – Going Dutch II. Coastal, infrastructure and planning specialists from the Netherlands and the UK reviewed the draft CDS and examined other options put forward by local residents. These options were holding the line with hard sea defences, off shore reefs and feeding the coastline. They also looked at the consequence of ‘no national funding.’

Follow this link to view the report for Going Dutch on the Manhood Peninsula the first Going Dutch report.