Manhood Peninsula Partnership > About the Area > Archaeology, History & Culture « you are here 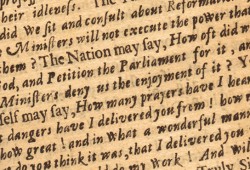 The history of the Manhood Peninsula and its settlements is long enough to include Early Man and the Romans. The area has been in active use for millennia and can boast walks and cycling, woods and fields. You can go back even further in time by discovering the fossils of Bracklesham Bay.

Find out more about the archaeology and history of the area by exploring the Archaeology, History and Culture Links

Sea defences have been required in the Manhood Peninsula for many years. A great deal of work was needed following a particularly bad storm in December 1951 which wrecked houses along the Selsey sea front, and led to their subsequent demolition.  Following is a gallery of images courtesy of Royal Haskoning, the Coastal Engineering Consultant for Chichester District, showing the coastline and sea defences evolve... Continue Reading »

The Manhood Peninsula is a large peninsula of land to the south of Chichester. The name is thought to derive from the Anglo-Saxon maene-wudu meaning ‘common wood’. It has long been known as a particularly attractive area because of its fertile soils and its rich, varied natural resources. This popularity is borne out by concentrations of archaeological sites and... Continue Reading »

For most of its history, Sussex has been an agricultural county. The Chichester area, with the fertile coastal plain for arable and the Downs for sheep and cattle grazing, has long been one of the richest in agricultural terms. Just as the medieval sea trades were based on wool, Chichester Harbour’s sea trade from the 17th to the early... Continue Reading »

The Manhood Peninsula was a source of marl until the late 18th century, and marl found in Selsey was considered some of the best available. Marl has been defined as a pit from which marl, a mixture of clay and carbonate of lime, is excavated. Marl was commonly used as a fertilizer and marl pits were at one time... Continue Reading »