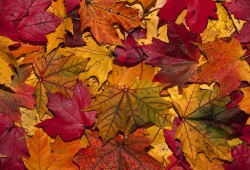 The autumn event organised by the MPP called ‘What Makes the Peninsula Special’, took place at Southend Barns, Donnington, on a glorious autumnal Thurs 6th November. The event was aimed at businesses involved with the tourism and visitor sector on the Manhood Peninsula, and 64 individuals representing 43 different organisations attended. Participants included accommodation providers, pub and restaurant owners, and suppliers dealing in locally sourced produce such as Caroline’s Dairy and Three Harbours Beef.

Ideas and thoughts about new opportunities for tourism were explored during the morning's agenda. How to turn these into reality was explored in a short morning of talks delivered by Sam Tate - Visit Chichester; Adrian Thomas - RSPB; Will Flemming - owner of Southend Barns; and Steve Oates – Manager of CDC’s Economic Development Department. There was also a ‘speed networking’ session intended to provide delegates with a short sharp introduction to others involved with the visitor sector on the peninsula. Follow the links below to see the presentations:

Delegates were asked to consider the role of marketing for the wildlife that is so important on the peninsula. They were also asked to consider how the peninsula fits into the wider regional context that could include the West Sussex coastal region or the South Downs. There were exhibits from local organisations involved in sustainable transport, water sports and the natural environment. The event was a tremendous success according to feedback received from participants, which implies there is strong local interest in such events, and more will be considered in future subject to funding.

The event was a tremendous success according to feedback received from participants who thought that: