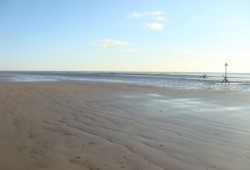 The Selsey Pre Trust Group comprises members of the Manhood Peninsula Steering Group (MPSG), Town and District Councillors representing Selsey. It is estimated that over the next 20 years the cost of Selsey’s coastal defences will be in the region of £30 million. All levels of Government are under tremendous financial pressure, so even funding for preventative maintenance is not guaranteed. The idea of creating a community owned trust has come from local people, Councillors and members of the Manhood Peninsula Steering Group (MPSG). The idea is to revitalise Selsey by creating a partnership between the Council and the community that can share the long term responsibility for Selsey’s coastal defences. The vision is for a series of connected regeneration schemes that are owned and managed by a community trust or social enterprise with surplus profits being redirected into a delivery partnership of the authorities responsible for coastal defence. The grant money from the Government helped to investigate whether this innovative idea was feasible, and subsequently confirmed that it was.

Key principles and objectives for the trust / community enterprise have been devised and agreed. The Development Trusts Association are providing ongoing advice and support and have recommended an ”emerging trust” status.

The Pre Trust Group ran a series of design workshops in September 2010 with the support of the South Coast Design Forum (SCDF). The workshops were held in Selsey Town Hall and members of the community were invited to come along and give their ideas as to how Selsey might regenerate a handful of sites in the town as a community enterprise / trust. The SCDF also ran this as a workshop within the local schools.

Following the public consultation design workshops in September, the South Coast Design Forum delivered their report in January 2011, and from this a business plan for the trust was developed, outlining future strategy and a way forward for the trust.

Additional workshops, facilitated by Coastnet discussed the governance associated with the development of a community trust the first of which took place on Thursday 16th December. The group also visited the community of Littlehampton, home of the “longest bench in the world” to gain inspiration for future coastal trust projects in the Selsey region.