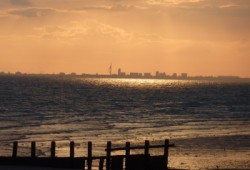 There is a growing understanding that stakeholder engagement is necessary for good decision making in all areas of governance. This is particularly true of coastal management and climate change adaptation. Government and its agencies are responding with new guidance for engagement, but there still appears to be a fundamental gap of understanding that will not be solved by ad hoc consultation exercises.

Part of the Coastal Change Pathfinder project was delivered by the charity CoastNet in the form of an educational programme under the title Coastal Literacy. The programme aimed to provide a framework to fill that gap. The anticipated results were:

Coastal Literacy is about equipping the public, politicians and technicians with the knowledge and understanding required to take an active and meaningful place in coastal decision-making. This participation should be be good for democracy, good for decision-making, and good for empowering for communities.

The most significance outputs under Coastal Literacy were an information leaflet, a number of films looking at the Manhood Peninsula coastline and two reports concerned with Coastal Literacy.

The films are about the special nature of the peninsula coast, and coastal governance locally. They can be viewed in the Coastal Change Films section at the bottom of this page.

A number of films were produced on behalf of the MPP by CoastNet as part of the Coastal Change Pathfinder Project. Three films were about coastal governance on the Manhood Peninsula, and four short films explored the coast from a young person’s perspective. The films about coastal governance were developed as a complementary suite of three. They looked at why the... Continue Reading »

Public Perceptions Report: 100 residents were surveyed between July and September 2010 to gain an insight into the level of understanding the local residents have with regard to coastal issues. The survey was entitled Public Perceptions and Knowledge of Coastal Management on the Manhood Peninsula, West Sussex . The report highlighted a number of gaps in knowledge and some confusion within local communities... Continue Reading »