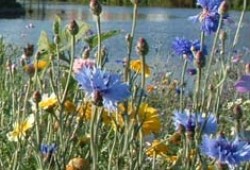 The Manhood Peninsula Surface Water Issues and Solutions Group (SWISh) arose out of discussions at the Manhood Peninsula Partnership into the impact of Operation Watershed, the emergence of flood groups across the peninsula, their relationship with parish councils and the then emerging changes to the existing and newly responsible drainage  organisations as a result of the Water Resources Management Act 2011.

SWISh is essentially a working group. Local Flood Action Groups on the Manhood and organisations that have a direct responsibility for drainage and flood defence are getting involved with the overall aim to:

Explore the potential and the form of a scheme of local management of surface water drainage and flood risk within the Peninsula.

The work of the group is based on the findings of the Defra Flood Resilience Community Pathfinder Scheme, the Manhood Peninsula Surface Water Management Plan and the core of local knowledge and information assembled by flood groups. At present it is anticipated SWISh will explore the following themes:

The Manhood Peninsula offers the potential for a self contained study area, because as a peninsula it is a self contained geographic unit. West Sussex CC has formed one of the first strategic flood boards under the 2011 Act and through the support of the National Flood Forum the county has one of the only flood group forums in the country.

Within this context the initiative on the Peninsula may have recognition at a national level as a pilot demonstration project.

To provide a unified system of land drainage across all the Manhood Parishes that, taking into account the amount of resources available, maximises the level of protection from flood risk for all communities.

The group works with West Sussex County Council, Chichester District Council, Southern Water, the Environment Agency and other stakeholders to fulfil elements of the Manhood Peninsula Surface Water Management Plan 2015. To further this aim WSCC have produced a number of documents to help parishes become an effective first point of contact for riparian maintenance and riparian obstruction issues. These documents can be downloaded via the following links:

Follow this link to find out about the approach of the West Manhood Drainage Improvement Group.

The RSPB's newest nature reserve at Medmerry offers long walks and cycle rides through an amazing new landscape only a stone's throw from Pagham Harbour, with new mudflats, tidal lagoons, saltmarsh, wildlife-friendly farmland, dragonfly-rich ditches and great views and sunsets. Situated on the Manhood Peninsula coast, south of Chichester, this is a ground breaking project and the first of its kind... Read More»

Drainage and flood risk are increasing problems on the Manhood Peninsula which may worsen considerably with climate change. For local advice see the Chichester District Council web pages for Drainage - Help and Advice. The Manhood Peninsula Partnership (MPP) commissioned a drainage survey of the peninsula from Royal Haskoning DHV during the ESPACE Project in 2006 (see link below) and is working closely... Read More»