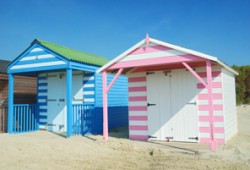 The Manhood Peninsula Partnership (MPP) is a strategic group established to coordinate and facilitate action which safeguards the interests of the community and maximises the area’s potential in the future; primarily issues such as climate change, coastal management and development pressures.

The Partnership was formed following concerns raised among local residents about the need for greater co-ordination between the bodies and organisations responsible for management of the peninsula, to help better address present and future environmental, social and economic challenges.

We operate in a rapidly changing policy arena, with policy directives and guidance being issued at European, national and regional level to inform and shape local policy and action on coastal change, water management, climate change, renewable energy and development to name a few.

The MPP recognises the need to integrate local actions with top down frameworks, but is sensitive to local needs, thus it aims to continue its important role in ensuring dialogue and co-operation on these issues. The MPP continues to learn from and influence others, facilitating wider community awareness and participation in decision-making, developing enabling policy and implementing plans, and supporting practical projects and research.

Our first professional workshop ‘Going Dutch on the Manhood Peninsula’ took place in March 2001. This comprised 18 Dutch and 10 British experts in international planning, infrastructure and environmental management who, together with local representatives, explored ideas and options for a sustainable, integrated planning approach for the future of the Manhood Peninsula.

Between 2004 and 2007 the MPP benefited from being part of the European funded ESPACE project, which looks at adapting to climate change.

We continue to work with the Environment Agency and its partners on the implementation of the Coastal Defence Strategy as the proposals for the managed realignment of the coastline at Medmerry, in particular, are progressed. Community knowledge, awareness and involvement in the development of land use surrounding Medmerry are crucial to ensuring that the implications of this important project are fully understood, that communities are properly protected and that opportunities are not missed.

Defra's science magazine 'Elements' explores many issues of importance to the MPP such as climate change and biodiversity. Follow the link to see what 'Elements' has to offer.

Early on in its life, the MPP became part of a European funded project – European Spatial Planning: Adapting to Climate Events (ESPACE). The project aimed to ensure that adaptation to climate change is recognised and to recommend that it is incorporated within spatial planning mechanisms at local, regional, national and European levels. On a local level this... Continue Reading »

The first Going Dutch workshop (Going Dutch I) led to the formation of the MPP and outlined several ‘blue sky’ options for the future of the area, helping the community to understand the complexities and costs of coastal defence and spatial planning as well as helping local authorities and agencies appreciate the concerns and... Continue Reading »

The peninsula is particularly vulnerable to the effects of climate change including rising sea levels, rising water table, and more intense precipitation. As a result, the MPP has been working closely with the community to raise levels of awareness and to help produce adaptation plans. These include: practical adaptations funded through a Community Grant Fund including the installation of cycle... Continue Reading »

In late 2009 the Government awarded £11 million in grants to local authorities who demonstrated the best and most innovative ideas for dealing with and adapting to coastal change. To its delight, Chichester District Council was awarded £450,000 and and became part of the Coastal Change Pathfinder Project. The project began properly in May 2010 and continued until the end of June 2011. A total... Continue Reading »

The Manhood Peninsula Partnership has been working to progress ideas about tourism and visitors to the peninsula with the Green Links across the Manhood (GLaM) group, a subgroup of the MPP. The ideas behind GLaM were originally put forward by the Medmerry Stakeholders Advisory Group (MStAG) in response to proposals to create the Medmerry Managed Re-alignment Scheme. These were expanded further in the Continue Reading »

Manor Green Park outside the Selsey Centre is prone to becoming waterlogged in low lying areas following heavy rain. The Manor Green Park Rain Garden is being created by Lizard Landscape to help offset the problems that sometimes develop when areas of the playing field flood. The MPP co-ordinated the project and worked with Selsey Town Council in 2015 to... Continue Reading »

The Manhood Peninsula Partnership runs events and workshops to provide a forum for discussion within particular sectors. Recently tourism and the visitor economy has been the focus for these events, all of which are underpinned by previous work that took place during Going Dutch and Pathfinder.Continue Reading »

In a successful demonstration of partnership working, MPP partners were awarded £10,000 by the Department of Communities & Local Government. This enabled them to establish one of the 116 new Coastal Community Teams created nationally in 2015. Chichester District Council’s Economic Development Department in association with with Selsey Town Council and other members of the Manhood Peninsula Partnership, worked hard to secure... Continue Reading »

The construction of a small harbour at Selsey is likely to generate economic opportunities for the town bringing benefits to fishing and recreational boat users while protecting the local area from sea flooding during stormy weather. It will build on the traditional small boat fishing industry in Selsey, a core economic activity for many generations of fishermen both here... Continue Reading »

The Manhood Peninsula Surface Water Issues and Solutions Group (SWISh) arose out of discussions at the Manhood Peninsula Partnership into the impact of Operation Watershed, the emergence of flood groups across the peninsula, their relationship with parish councils and the then emerging changes to the existing and newly responsible drainage  organisations as a result of the Water Resources Management... Continue Reading »