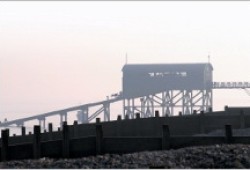 Selsey Coastal Trust is a working project, which is looking at how Selsey’s community can shape the long-term future of the town.

During the initial phases of the project (Dec 2009 –April 2011), members of the Trust were able to test the feasibility of their ideas as part of the DEFRA funded Chichester Coastal Change Pathfinder project, hosted by Chichester District Council.  They were able to investigate potential regeneration projects that could be progressed in the future, to enhance and benefit Selsey and support the Trust’s activities. The concept also had the support of Selsey Town Council. During July 2011 they became a fully incorporated Trust and are emerging as an independent, not-for-profit, community-led body.

More about the Trust's activities during Pathfinder Project can be found below. During that time they were called the Selsey Pre-Trust Group.

The Selsey Pre Trust Group comprises members of the Manhood Peninsula Steering Group (MPSG), Town and District Councillors representing Selsey. It is estimated that over the next 20 years the cost of Selsey’s coastal defences will be in the region of £30 million. All levels of Government are under tremendous financial pressure, so even funding for preventative maintenance is... Read More»