Restoring the Record and the Definitive Map 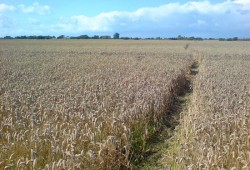 Numerous paths, tracks and lanes of ancient origin exist in this country. In 1949, the National Parks and Access to the Countryside Act established nationwide Definitive Maps of rights of way so people would know for certain where they could or could not legally walk
or ride across other people’s land. It was the start of recording rights of way, footpaths and bridleways.

There was a process to arrive at the Definitive Map, which established in law and at the maps publication date that there existed a conclusive right to walk or ride or take a carriage (according to its status) across other peoples’ land. Those rights still exist where they haven’t been stopped up. The Definitive Map is continually updated as routes close or open.

In 2000, Parliament decided that there would be a cut-off date so that land owners could buy land with certainty that there aren’t rights which are not recorded. Old unrecorded ways would cease to exist. They gave 25 years to finish getting the Definitive Maps right. That period ends on 1 January 2026.

More than 20 years have already passed and there are now less than 5 years to go. If the right of way isn’t recorded on the Definitive Map by then, it will be lost. Michael Meacher, the minister that took the Countryside and Rights of Way Act promised that anything for which a proper application had been made before the cut-off day would get processed through to completion. We shall see!

These notes are a combination of text from Bucks and Wadeys book, Rights of Way, Restoring the Record. The preface from their book says, “It is vitally important that in the time remaining until 2026, those who value their rights of way become more active in researching those routes that are missing from the definitive map, and making applications for them to be recorded.” It will be important to ensure a coordinated effort to ensure all parishes are covered and to avoid duplication of effort.