Manhood Peninsula Partnership > About the Area > Birdham « you are here 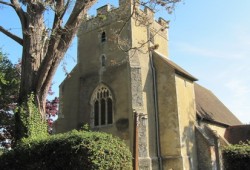 A small village on the shore of Chichester Harbour and on the western side of the Manhood Peninsula Birdham is mainly known for its two locked marinas. One of these, Birdham Pool is thought to be the oldest marina in the country. The other, Chichester Marina, is one of the largest marinas in the country. Between Birdham Pool and Chichester Marina are the lockgates of Chichester Canal. The canal is no longer navigable but is the site of a number of picturesque houseboats. A footpath runs along the bank into the city of Chichester.
Birdham is a great starting point for walks. For the less energetic, just walk around Chichester Marina admiring the expensive boats and watching them go through the lock and follow with a drink at The Spinnaker (the bar in the main Marina complex).
For a longer walk, follow the canal into Chichester or try the pleasant circular walk up to Dell Quay passing through the wooded area of Salterns Copse.
If you prefer cycling, pick up the Salterns Way cycle route which runs through Birdham. The complete route goes from Chichester to West Wittering.
More information: