Our Aims and Membership 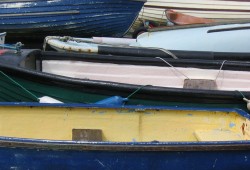 The aims of the MPP are:

The following organisations are members of the MPP:

The Manhood Peninsula Partnership has produced the following Terms of Reference, Key Statements and other documents that aim to influence all those who can act to improve the economic and environmental prosperity for the communities of the Manhood Peninsula:

The Manhood Peninsula Partnership was formed in 2001 following concerns raised among local residents about the need for greater co-ordination between the bodies and organisations responsible for the management of the Peninsula and their ability to work with local people to address present and future environmental, social and economic challenges. The MPP was formed in July 2001 as a direct... Read More»

Sustainability is just one word and yet there are over 300 definitions. In 1987, the World Commission on Environment and Development produced the best known definition of sustainability – “meeting the needs of the present without compromising the ability of future generations to meet their own needs.” The findings from this report became known as the Brundtland Report, also known... Read More»

The Manhood Peninsula Partnership was formed in recognition of the challenges the peninsula faces as a result of climate change and the increasing demands on its environment. By recognising the different issues the area faces, its assets and possibilities, and by valuing its distinct and almost unique character on the south coast, the MPP hopes to create opportunities and... Read More»