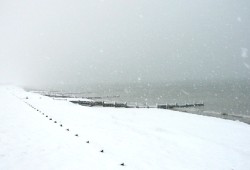 The government is consulting on mandating biodiversity net gain in development to ensure habitats are protected and enhanced for the future. The consultation opened on 2 December and will run until 10 February 2019. Follow this link to find out more about Defra's Net Gain Survey.

Drainage and flood risk are increasing problems on the Manhood Peninsula which may worsen considerably with climate change. For local advice see the Chichester District Council web pages for Drainage - Help and Advice. The Manhood Peninsula Partnership (MPP) commissioned a drainage survey of the peninsula from Royal Haskoning DHV during the ESPACE Project in 2006 (see link below) and is working closely... Read More»

Increased development in the area for housing during the last few decades has resulted in infrastructure problems, particularly relating to transport and drainage. Future development must be managed extremely carefully to avoid further infrastructure problems and degradation of the area.  To find out more about how these issuea are being addressed at local and national levels see the Consultations, Reports... Read More»

Agricultural land on the manhood is mainly Grade I and Grade II, among the best arable land in the country. Farms in the area have an average size of about 625 acres. The National Farmers Union estimates that an arable farm needs to be about 400 acres or more to be profitable. However, increasing drainage problems is resulting in... Read More»