Manhood Peninsula Partnership > What's on > Selsey Fireworks « you are here 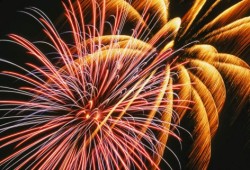 The display will be held on Saturday 18th October 2014, and this year will be coordinated to music following from the band 'Sticky Rhythms'. The event attracts huge crowds every year so arrive early and take advantage of the tremdous range of things to do when you get there. Onsite facilities include a massive fun fair, a large bonfire, live music, and plenty of catering facilities.

Selsey Coastal Trust is a working project, which is looking at how Selsey’s community can shape the long-term future of the town. During the initial phases of the project (Dec 2009 –April 2011), members of the Trust were able to test the feasibility of their ideas as part of the DEFRA funded Chichester Coastal Change Pathfinder project, hosted by Chichester... Read More»