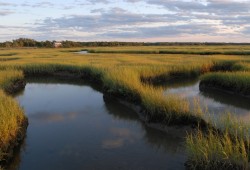 Coastal wetlands are some of the most biologically rich on earth. At the recent COP26 Summit a film was shown discussing wetlands.

Follow this link to see the COP26 film about Wetlands

The first Going Dutch workshop (Going Dutch I) led to the formation of the MPP and outlined several ‘blue sky’ options for the future of the area, helping the community to understand the complexities and costs of coastal defence and spatial planning as well as helping local authorities and agencies appreciate the concerns and... Read More»