Manhood Peninsula Partnership > What's on > Pagham Harbour « you are here 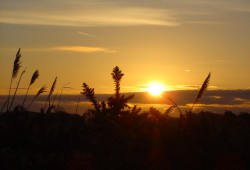 Pagham Harbour is a glorious and peaceful nature reserve, one of the few undeveloped stretches of the Sussex coast. This sheltered inlet is an internationally important wetland site for wildlife. Watch black-tailed godwits and little egrets by day, then linger when skies are clear for an amazing sunset.