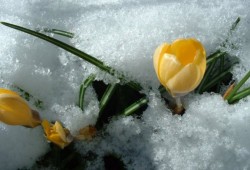 A new action plan has been launched about international climate change, Beyond Copenhagen: The UK Government's International UK Action Plan, which shows what must be done to build on the progress made at Copenhagen. The plan sets out the Government’s belief that the low carbon transformation can be a major driver of economic growth and job creation – in the UK, in Europe and globally.

Defra have published a supplement, Climate change: Taking Action, which looks at the impact climate change will have on our natural resources and the services we get from them; and seeks to stimulate debate about how we should approach adaptation to climate change in the natural environment. For more information see Defra's website.

The government's strategy for delivering a network of Marine Protected Areas (MPA's) has been released. This strategy sets out the government's proposed vision and framework for marine protected areas in territorial waters adjacent to England and UK offshore waters over the next ten years.

The strategy sets out how all UK Governments, agencies and those with an interest in protecting the seas will deliver a network of MPAs to meet international, EU and national commitments contained in the Marine and Coastal Access Act.

The network will be made up from conservation measures including Marine Conservation Zones, Marine Protected Areas, Special Areas of Conservation, Special Protection Areas, Sites of Special Scientific Interest; and Ramsar sites which protect important wetlands.

The Strategy also sets out how MPAs will be considered in wider planning and licensing functions administered by the new Marine Management Organisation (MMO).